Back to David’s this month (and hopefully back at my place next month with the building finished although possibly in the inside Craft Room rather than the outside Train Shed depending on how much has been removed from said shed!) to find that a) he has a new kitchen and b) his 2mm plank has grown quite a bit – it has doubled!
Toshalt (at least it has a name to go with its growth spurt) has managed to go from being two 900mm boards to being close on 4000 when set up.  David assures me he is going to do something about his own blog but the aforementioned kitchen and painting the dining room and some four letter word (work!!) were mentioned for the delay.
In any case Toshalt can now have a train arrive and depart having had the locomotive run around. This means David has four working turnouts – none of which are the same as the others!  However the key is they work so it doesn’t matter about their providence.
Other adventures on the day consisted of the continuation of the GWR Milk Brake from Etched Pixels and some N Gauge Society kits along with me finding out that once again having taken DCC equipped beasties to run on a DCC layout, they didn’t.  So time spent trouble shooting those.  We also found out about LNER Coaches No 1951 and 1952 – they are in Wisconsin with Number 60008 it turns out.  The things which an idle flick through a magazine which is near on 70 years old will prompt. 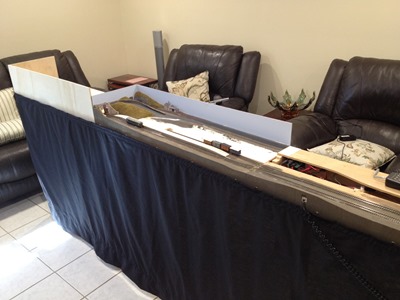 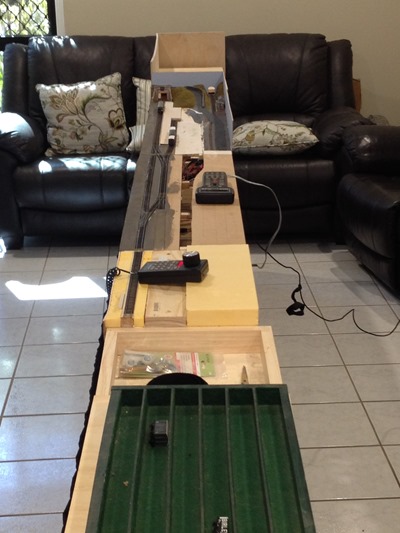 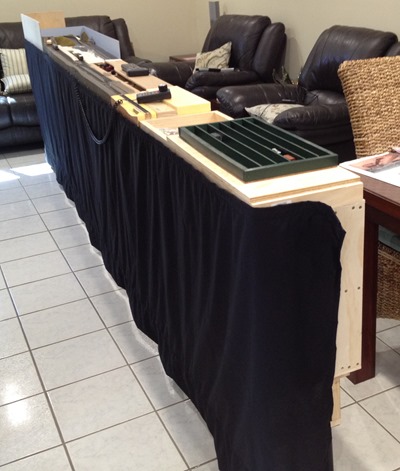 Three pictures of Toshalt.  Whilst it is only basic – straight through from traverser to traverser with a platform, run around area which allows a goods shed and dairy to be served along with a narrow gauge exchange siding – it is shaping up to be a nice little model.  Must stop painting my house and do something about mine!
Posted by Sithlord75 at 6:19 PM No comments: