Australasian members who came to this years’ Supermeet in Brisbane got a look at the first locomotive kit (which maybe available RTR in 2017 – in the sense that a bunch of us might get organised enough to build the kits for resale) which has been developed Down Here. 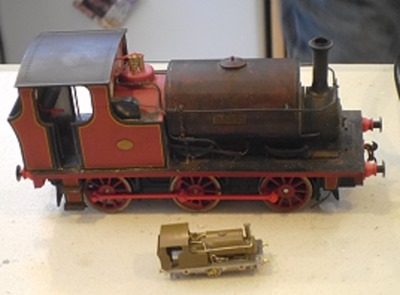 As the picture shows it is a shoot down of the Ixion Models 7mm version and has been designed by Phil Badger.  The kit is very easy to put together although if you are wanting the really rough version, you’ll need a lathe to put the wheels together as they are cast centres with the 2mm Scale Association 6mm rims added.  Our plan is the kit will come with the wheels sorted. 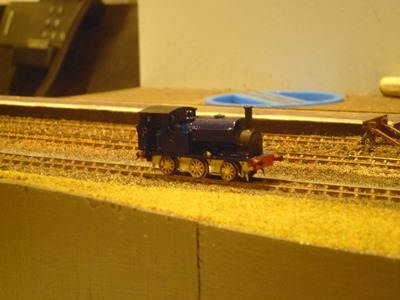 By the end of Day 1 (bear in mind there were 8 blokes so just a little bit of talking!!!) my first of two looked like this (I borrowed the wheels – chassis done).  Hopefully by the end of the LAG meeting tomorrow, I’ll have it operational.  Hollie has made a start on one – its looking pretty good too with the body largely done and just the chassis to go.

Just in case anyone is interested – yes, it is actual 2mm scale, not 1:148.  And yes, we will be offering the kit in the new year to those who weren’t able to make it to Brisbane.   Plans are afoot for a second loco, not an industrial but Big 4, for next year’s meeting.