Once again – a couple of days late!  Must do better.


This month we went back to Graeme’s and had another look at Thornbury.  Only 5 of us this time so a bit more room to spread out and get on with various projects.
I didn’t take pictures of what we were generally doing but Ben was making lamps for Sturminister – I assume pictures will be on his blog in due course.  Greg was building some kits, I was putting transfers on Tar Wagons – more of which in a forthcoming 2mm Magazine once I finish writing it up and get Amity to take some decent photos.
David brought along his second operating layout in almost as many months…  In actual fact it is a bit of a group effort and is merely a running in circle of 2mm soldered track – every 4th sleeper appears with the rest missed out.  It hasn’t a name because it isn’t really a layout but we are considering calling it Down Under MSW in homage to the well known circle Over There although ours is a pair of rectangular boards 1200x600. 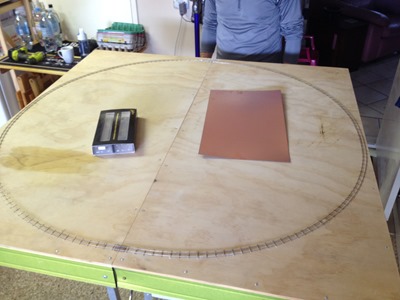 Lastly we rounded up the new Jinties everyone seems to be buying here – 8 in attendance chiefly owing to word getting out that the LMS ones were around 20 quid cheaper than the pre-order on BR ones.  Cue much purchasing with 4 members getting LMS ones in the next fortnight from the news.  Mine are destined to be come BR with the remaining 7524’s getting renumbered in LMS condition – possibly all in the 752x range!
With 8 there we had to take a photo – sorry for the far end one being out of focus!  From Left to Right – SDJR 23, LMS, LMS, Beginning BR, BR, LMS, LMS and LMS. 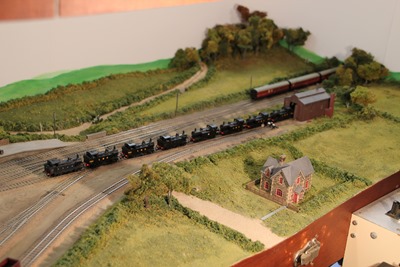 Finally – some more photos of Thornbury, simply because it is such a nice layout: 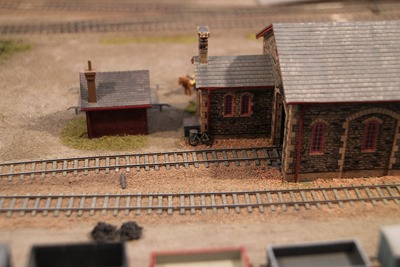 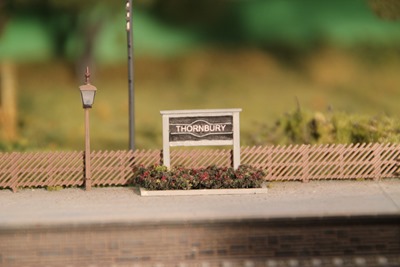 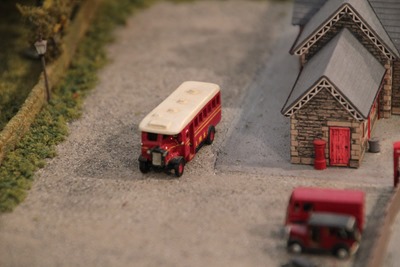 Soldering Track – or what I did on my school holidays.

I have been trying, over the past week and a half, to get enthused about Swallow’s End, my embryonic 2mm shunting plank.  The biggest hurdle has been finding time – and the second has been dealing with the procrastination streak I have running during daylight hours, owing to it being school holidays (hence having time – sort of) and the kids all being home too.  Couple this with not being at “home” as such (renovations going ok but I’d be happier if they were going better) and you can see why I get bogged down.  Evenings are different – more of which later – but I need the space and that means outdoors and daylight hours.

Today was a bit different.  I had help.  And whilst “help” when you have five kids, the eldest being 9, can be a very subjective term I was pleased that Hollie (who rated a mention in the Toowoomba Train Show post)  was interested in building soldered track and was quite good at it.  She even (shock horror) listened to instructions and didn’t argue!!!

Anyway, as my students at school are wont of saying, pictures or it didn’t happen so: 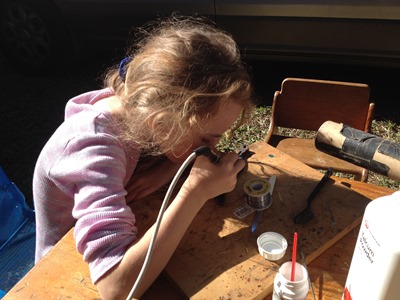 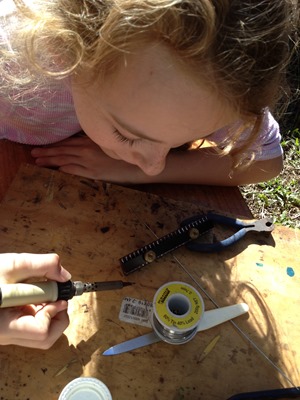 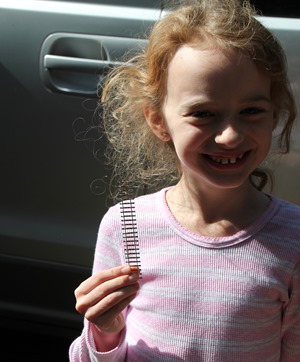 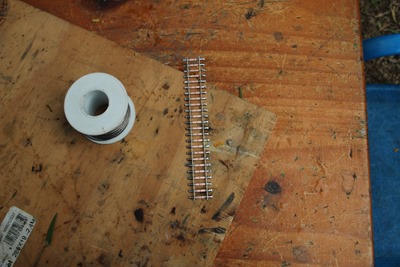 All in all, two 60’ lengths in a couple of hours, all on chair plates (Versaline for those playing at home).  No burnt fingers and no frayed tempers either.  Apparently she is now allowed her own soldering iron…

Hopefully more track down on Friday.  Not going to make it to the LAG meeting with a working plank on Saturday however.  Still issues with getting the points to work – and time.  Maybe tomorrow afternoon.

A(nother) House in My Hand

Last year I wrote about the Kickstarter project by Andy Vaughan here.  This was followed up with my progress with the sheds here in February.  Since then, other UFO projects have managed to get in the way but I started on the Semi-detached House kits (see here for the picture on Andy’s website) a few weeks ago.  Progress has been slow but today I managed to get to this:

Now the quick and astute will notice that it looks more like a Terrace than the picture on Andy’s website.  This is because on looking at the dimensions, I felt that the two houses were a bit small to be as described but I also felt that with a few of them, they would make a pretty good terrace of two up, two down workers houses.  And so it has proven.

As one of the Kickstarters, I was able to get a few of them at the time – so I got 8 of these.  The fifth is at the back of the four, and a sixth has made it to a similar stage to the fifth.  I fitted the roofs to the four today (this is the front by the way) and will get onto putting the extra detail which wasn’t included in the kit – guttering, down pipes and so forth over the next few days.  As I presently don’t have access to the layout to see how they are going for length, I won’t be adding to it at this stage but I expect 7 or the whole 8 will probably be needed.