For a while now I have been keeping an eye on Shapeways and the various offerings for the N Gauge/Scale or 2mm Modeller thereon.  The Eye was moved into action once I got to see a finished product – Ben’s Atso-Cad Patriot which I wrote about briefly here (scroll down to about halfway) and I recently took delivery of a collection of models – and yes, I know I have a lot in the UFO pile already!

First up was my own Patriot – destined to be 5504 “Royal Signals” (my mother and both her parents worked in various incarnations of the Royal Australian Signal Corps during the 1960s and WWII respectively) although I am not sure if it will be LMS Crimson or BR Green at this stage (might just get another one and do two although not necessarily of the same loco!). 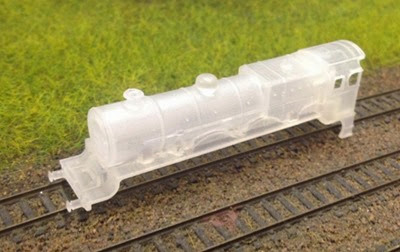 I took advantage of Steve’s other work to purchase his N2 kit.  I have one of the Langley examples – I seem to remember working on it back in 1996 so it has been around a while.  It has always looked the part to my eyes which have had their bias based on the photos in Haresnape’s “Gresley Locomotives” but Steve’s effort is much nicer.  It is designed to go on a Farish Std 3 Tank chassis which requires a bit of hacking and so forth.  I have made a bit of a start on this one so there will be more information coming later in the week. 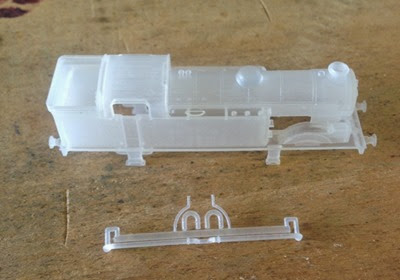 Way back in the days of Swallow Street (RM Webers from Mark III might remember this essay into 3rd Rail BR Blue while I was out in Longreach – there was a cheeky baby who crawled under the layout at one stage and had a lovely time playing with the wiring – said kid is now at school and recently turned 5!) I obtained the BHE kit for the Class 128 parcels railcar. (I also got the 129 kit – neither have made it much beyond an initial inspection of the contents.)  Again, those who frequent the various Forums maybe aware that a 128 was made available on Shapeways with the intended chassis being the Dapol 121/122 chassis.  When I get around to getting another 121/122, this will move up the pile. 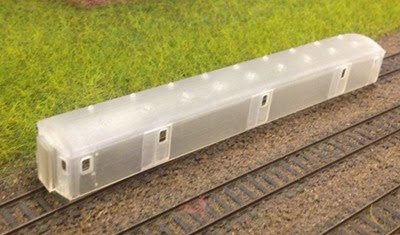 2mm Scale Association VAG members will be familiar with the tale of Ian Smith’s GWR Cattle Wagons – I was lucky enough to have put both types – the W1/5 and W3 – into my shopping cart prior to Ian being told that there were flaws and Shapeways didn’t want to print them.  So I figured the worst that would happen was they’d be rejected.  They weren’t and printed very nicely in FUD.  Again, a bit of a start has been made here too so an fuller comment will be forthcoming soon. 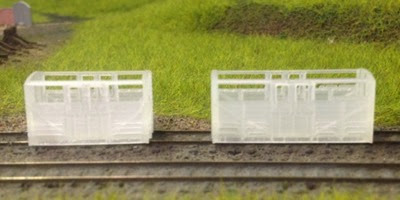 Lastly I got some bits and pieces – some various lengths of permanent coupling for Dapol NEM sockets – principally for my HST but also to see about the Teaks I have.  With a bit of work they fit the Bachfar Mk1s too.  Details to come.  I also got a set of the Atso LNER bogies.

All in all, very impressed with the service and the finish.  About the only thing which had me scratching my head with the whole process from order to delivery was why it took UPS from the 18th of March to the 21st to get from Holland to Sydney, Australia via America but then from the 21st to the 26th to get the 800kms from Sydney to my place!!!

Our monthly meeting took place last Saturday with members working on their own projects – or attempting to!  David had planned on have a go with his recently purchased quartering jig but found he had left a couple of critical things at home – like the chassis he was working on.  In the end, he added to the potential pile of UFOs by searching around the 2mm Scale Association Shop and Shapeways looking for bits and pieces.

Graeme returned after missing last month, away at a BRMA committee meeting.  He  was seen in possession of a Chivers GWR Python kit and enthusing over Ben’s latest purchase – the new Jinty.  All agreed the latest Jinty makes the old one look exactly that – old.  Quite a few are likely to be heading down under considering there are 5 of the group who model the LMS in general terms and all can justify at least one.

Ben was working on some Chivers Horseboxes, finishing off the painting on them.  While he was working on that, your correspondent got out the un-made NGS Kit 47 and 48 from the UFO draw.  These are ex-Parkwood kits which have been released by the NGS with transfers and so forth in the box.  Similar to the old Jinty, they are showing their age but provide something a little different in a train so worth it if you are a NGS member – and as they are very basic, 5 parts to the kit, a pretty good entry to the art of kit building.

Anthony and Greg spent some time working on one of Anthony’s locos which wasn’t running well.  Initial thoughts turned towards the track laying (bear in mind this was done 15 years ago and all my locos run happily…) but eventually it was found some back to backs needed sorting and then things worked ok.  Anthony also brought along his model of Conwy Castle – or the current progress.  Readers of his blog on RM Web will doubtless know all about it – everyone else can find it here. 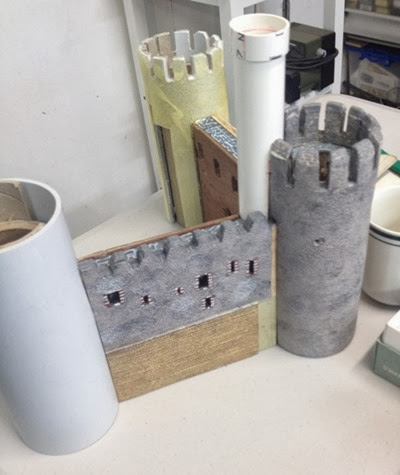 Don and Barbara were working on something that looked like a scratch build but I am afraid I didn’t get a closer look so can’t comment!! Sorry!  Barbara is interested in finding out what the loco was on 1E25 on Monday 7 June 1971 (1600 Edinburgh Waverley to Kings Cross arriving 2157 – best bet so far is a Deltic but which one would be nice.  Possibilities  are 9009 and 9020 as they seemed to be on KX-Ed and vice versa turns then).  If you know or have a photo, can you please get in touch.

St Alban’s Priory – before the makeover

I found these pictures whilst cleaning up the external hard drive and thought, given the work which is currently taking place on the layout, they were worth sharing to show what it used to look like.  The photos have been taken at various shows and in my shed over the years from 2003-2008 and give a pretty good idea what it all looked like.  I have been getting some more work done, but it has been a bit slow over the last couple of weeks but hopefully there will be a new instalment at the weekend – in the meanwhile, enjoy. 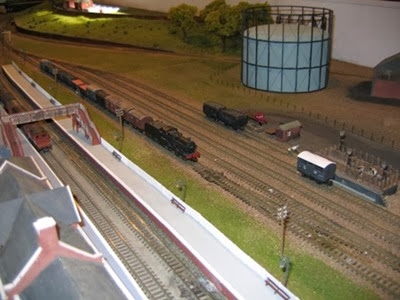 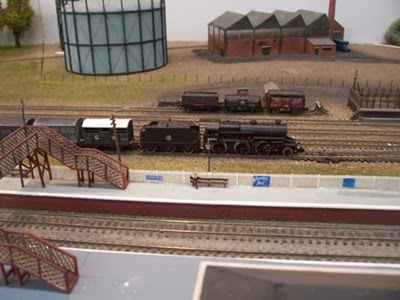 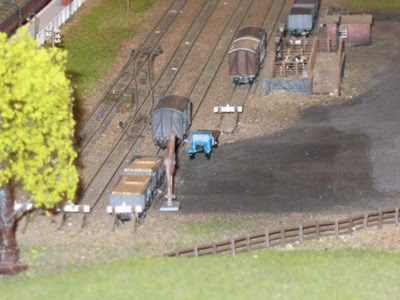 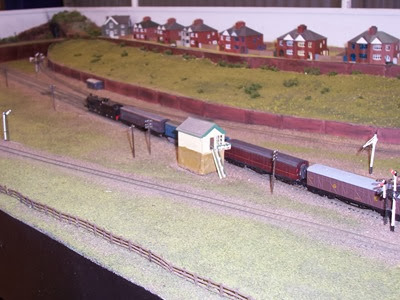 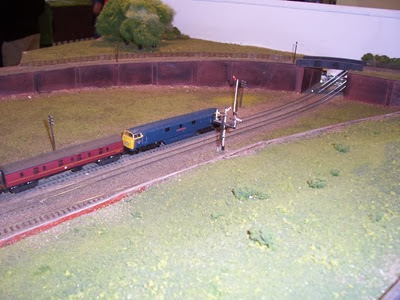 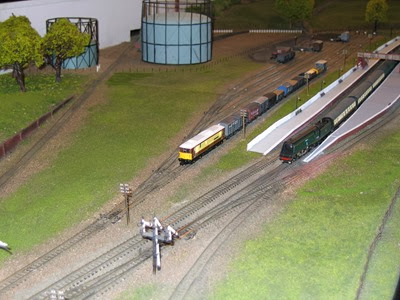 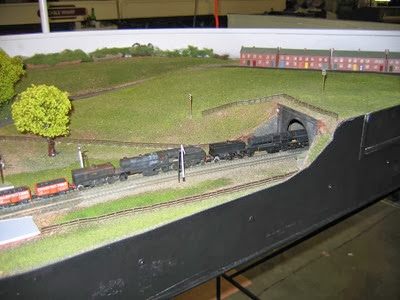