First up an apology – I managed to leave my camera at home so no photos for this month.  At least I am getting the report in on the day of the meeting so that’s a plus.
We returned to Ben’s this month to see progress on Sturminister Newton.  He has gone back to work in the last week but managed to get quite a bit done on the scenery  and what not since January and the first visit, as recorded in his blog (link to the right of screen).  A couple of the group members hadn’t seen Stur for a few years so were very impressed with how it has developed.
There was 6 of us present today – Anthony had made it up from Sydney for the week so joined us but we had a couple of telegraphed absences to New Zealand and the Sunshine Coast.
I was working firstly on finishing the two tar wagons I was building for two of the group members (fitting couplers and spoked wheels).  Once this was done, I got stuck into the LMS Gannets Ben and I kick-started for County Rolling Stock in 2013 – they’ll be the subject of their own post in due course so I won’t say too much.
Ben was working on his signal box for Stur – again, I won’t say too much as he is likely to be putting a post up of his own in due course.  He wasn’t alone in the signal box game with Barbara building the Ratio Midland one – much to the bemusement of the gathered as she and Don model GWR.  They do, however, have a junction station and decided to make it at Midland/GWR junction so the Midland box was justified.  The interest in signal boxes prompted Anthony and Ken to have a discussion about leavers and box diagrams particularly as Anthony is trying to work out how many leavers Conwy Signal Box had – if anyone knows, can you please get in touch with either me or Anthony on his RM Web blog.
Don was working solidly away at the Etched Pixels GWR Milk Brake – which reminded me I have two somewhere in the UFO drawer which need attending to as well.
All in all, a very productive meeting for those who attended.  The catering was to a high standard – whilst the baked goodies on offer were welcome, it is setting the bar a bit high and SWMBO reckons on resumption back here later in the year, the standard will revert!
Not sure where we will have our next as by that stage the long planned house renovation here will have started (fingers crossed – due for 28/4 but…) and there are a few who already know they will be interstate.
Posted by Sithlord75 at 9:11 PM No comments:

I have been impressed with the various versions of the new Duchess Bachmann have released under their Farish brand for the N Gaugers for a while.  I have seen a number of them, belonging to fellow members of the SEQ Area Group but have only recently obtained one myself via eBay.

I picked up 46229 “Duchess of Hamilton” in maroon for a good price – more so when I consider that the local Australian price if one does support the Local Hobby Shop is $420.  Given Hatton’s and other sell for half that (and I got mine less than that again) you can see why we generally don’t buy our locos out here.

The latest NGS Journal arrived today (10 April) and it had a letter from a bloke “over the ditch” in New Zealand enthusing about two examples which have made it to the Land of the Long White Cloud.  According to the letter, they haul 15 and 19 coaches.  This is pretty good and allows for prototypical haulage.  We put mine to the test on Sturminister Newton last week and it didn’t have any trouble with 25.  The train was made up of 13 Farish LMS coaches and 12 Farish Mk1s as shown in the accompanying video.  All in all, very happy with the purchase. 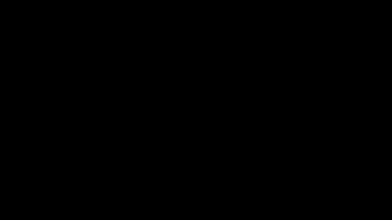 I have since renamed and numbered it 46245 “City of London” and retired my old Poole version of the same name/number.  I know London is available but not at the eBay price Hamilton was.  Now all I need is to get my hands on a green one (46253 “City of St Alban’s) and a blue one (46237 “City of Bristol”) and all my old ones will head out onto the Bay of E and to new homes.